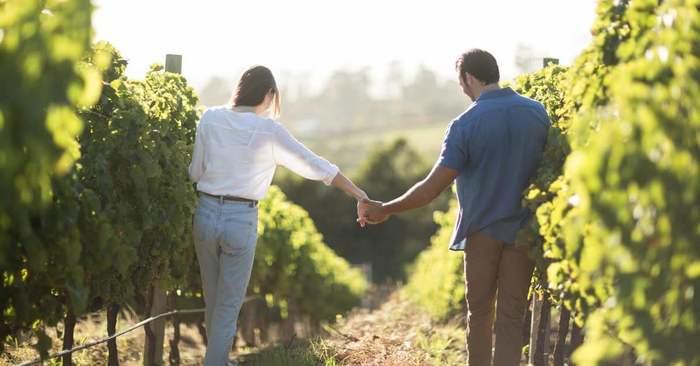 Acid reflux is also referred to as GERD (gastroesophageal reflux disease) and heartburn. It is a condition when stomach acid or bile escapes from the stomach and irritates the lining of the esophagus.

According to the American College of Gastroenterology, acid reflux affects more than 60 million Americans at least once a month and at least 15 million daily. For some patients, acid reflux causes a mild irritation. However, in extreme cases it can cause severe pain.

Most individuals can manage their GERD with lifestyle changes and/or over-the-counter medications. However, if left untreated acid reflux can cause negative long-term effects on your body. Elaine K. Howley outlined these potential problems in her article “A Patient’s Guide to GERD,” published on U.S. News, August 1, 2019. The most common complications Howley reports include:

Join our monthly newsletter to get insights and clinic announcements delivered directly to your inbox.

Negative Side Effects of Treating Heartburn with Proton Pump Inhibitors

Proton Pump Inhibitors (PPIs) are the most common way to treat heartburn and acid reflux. Unfortunately, research shows that these synthetic inhibitors can have devastating side effects on your health.

An observational study of 109,789 participants found that those taking PPIs have a 40% higher risk of hypomagnesemia – a health issue that causes muscle twitching, numbness and tingling.

In a 2015 study, researchers found that PPI use was associated with 26% higher incidence of hip fracture, 58% higher risk for spine fracture and 33% higher risk of fracture throughout the entire body.

Furthermore, a study of 70,000 German participants over the age of 75 showed that the risk for dementia was significantly increased among those who took PPIs.

The following foods and lifestyle modifications all offer natural ways to relieve heartburn without medication. Each recommended remedy has been shown effective in a research study or meta-analysis. Additionally, all of the following are considered a “heartburn home remedy,” meaning they require no prescription or medical intervention.

Ginger has been a common herbal remedy used to treat gastrointestinal issues — especially nausea — for centuries. In a 2007 study, researchers found ginger was just as effective at treating nausea as dimenhydrinate (a common anti-nausea medication) with fewer side effects.

Ginger can be consumed in a variety of ways including through capsules, sliced and steeped in hot water, and added to food.

Chewing gum stimulates saliva, which can dilute rising acid caused from GERD and reduce your symptoms. A 2005 study looked at 31 participants suffering from symptoms of acid reflux. By chewing sugar-free gum for half an hour after each meal, participants were able to reduce their GERD.

Thanks to its high pH level, baking soda can help neutralize stomach acid. However, this treatment protocol should be used sparingly (and ideally only in a pinch). Because while the 2013 study published in J Med Toxicol shows baking soda can settle your stomach, it also shows that it can upset your heart.

Fermented foods are known as alkaline foods. Thanks to the fermentation process, these foods are rich in amino acids and peptides, which raises their pH level. In a 2007 study published in The Journal of Nutrition by Oxford Academic, researchers report that fermented foods can help heal the lining of the stomach and effectively alleviate heartburn.

5. Sleep on an Incline

For centuries, doctors have been recommending GERD suffers sleep on an incline. The logic behind this prescription are sound. Simply imagine an uncapped water bottle half-filled with a substance you don’t want to spill. What’s the best way to keep the substance contained? Keeping the bottle as upright as possible.

But 2015 randomized controlled trial provided the proof to back up this commonly known trick. It showed that those sleeping in a slightly elevated position significantly reduced their esophageal acid exposure.

6. Stay Away from Smoke

According to the National Institute of Diabetes and Digestive and Kidney Diseases, smoking increases the risk of heartburn and GERD. It does so by weakening the lower esophageal sphincter, increasing the likelihood of acid escaping from the esophagus. While cigarettes are the most common culprit of such an incident, this can also be caused by inhaling smoke from other sources, such as wildfires.

A 2019 meta-analysis published in Alcohol and Alcoholism by Oxford Academic looked at 16 cross-sectional studies and three case-controlled studies. It found a close correlation between alcohol consumption and frequency with GERD. In order to reduce heartburn and keep GERD under wraps it’s strongly recommended that alcohol be avoided.

Research has closely associated obesity with a statistically significant increase in the risk of GERD symptoms. This correlation could be due to a variety of factors, including the fact that excess weight puts additional pressure on internal organs which can cause the valve between the stomach and the esophagus to loosen over time.

In a research article published in the Gastroenterology Research and Practice in 2013 showed those who consumed fruits with higher amounts were at less risk or reflux esophagitis. Fruits high in fiber include apples, bananas, berries, pears, melons, and peaches.

As stated, when heartburn and GERD symptoms are left untreated, they can pose a serious threat to your long-term health. The above natural heartburn remedies are not a diagnosis or treatment plan. You should always contact your medical professional to address any concerns, such as how to get rid of heartburn.

Among the many common side effects of GERD are B12 deficiency, dehydration, and vitamin deficiency. When you suffer from any of these three side effects it can make it harder for your body to recover.

At Tru Health, our naturopathic doctors can work closely with your medical team to help provide the additional support you need to regain your full health.

Without the correct vitamins and nutrients, your body will struggle to function properly — making it difficult to lose weight. IV drip therapy helps you quickly restore your body’s proper levels so you can lose weight fast and keep it off.

Can B12 Injections Help Me Lose Weight?

Wish it was easier to lose weight? If you suffer from a b12 deficiency, a simple injection could be the ticket to helping you achieve your goals.

19 Ways to Avoid a Cold This Fall

Cold and flu season has been rearing its ugly head earlier than ever this year. The following simple steps can help you avoid getting sick, so you can enjoy the holidays.