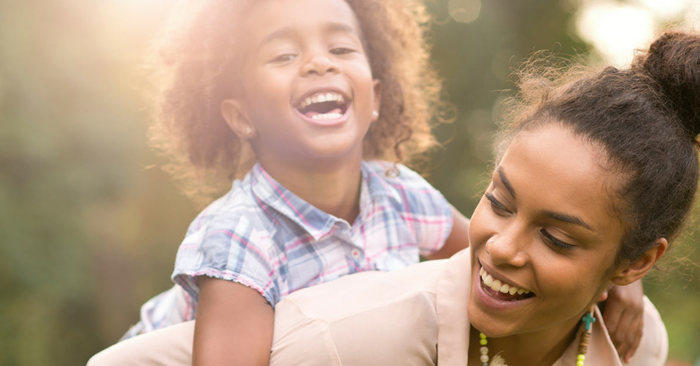 With the horrific fires that swept Santa Rosa and the surrounding Sonoma Valley, many have been affected by the high level of toxins in the air. Smoke inhalation poses serious threats to your overall health. In particular, the particulates in the air can cause serious damage to your lungs.

When your respiratory system is not working correctly, the function of vital organs and brain can quickly become deprived the vital oxygen they need.

The following natural lung support remedies can help clear harmful toxins from your body and repair your respiratory system.

Oregano is part of the mint family (aka Lamiaceae family). For thousands of years, it has been used for its flavor and medicinal qualities. In the kitchen, it’s primarily used to flavor sauces, flavor dinner rolls, and marinade meat.

Loaded with calcium and Vitamin K, it can help with the growth of bones and teeth. Additionally, oregano is considered a rich source of antioxidants that can help naturally fight infection and boost the immune system. In 2008, scientists at the University of Oxford reported oregano has anti-inflammatory properties.

Incorporating oregano into your everyday cuisine can offer delicious health benefits. However, if you’re in need of a large boost to your immune system, most health food stores carry oregano oil. This can be mixed with water and/or other herbs.

Another member of the mint family, peppermint has been used for centuries as a medicinal herb. Common applications include relief from indigestion and motion sickness. It is also commonly used in mouth products (like toothpaste and mouthwash) because it can reduce the growth of bacteria. In the case of providing natural lung support, peppermint can both sooth and relax the body.

Allergens and foreign bodies (like those inhaled when you’re around smoke) can cause your nasal tract (including throat, nose, bronchi, and lungs) to swell and become congested. Peppermint acts as a natural antihistamine. Additionally, its high levels of menthol offer a cooling relief.

Osha root is native to the Rocky Mountains. It grows in the upland meadows and ravines. The root (aka bear root) is marked by a perennial white flower that grows in tightly clustered balls.

It is the root of the plant which offers medicinal benefits. For thousands of years, Native Americans in the area have considered it sacred and used it to treat a wide range of respiratory issues, including colds and coughs.

Not only can osha root help relieve congestion, it can increase circulation in the lung. This can make it easier to take deep breaths.

In the early 1600s, doctors believed that plants resembled a human body part were beneficial to the part they resemble. While this theory has since been discredited, it was at this time doctors discovered lungwort did indeed help the respiratory system.

A flowering plant, it resembles infected lung tissue. It grows in damp, natural environments. (Fun fact, because lungwort is extremely sensitive to toxins, if you see it, it’s an indicator of a healthy ecosystem.)

High in antioxidants, lungwort’s primary use is respiratory relief. It’s the leaves of the plant which offer medicinal benefits. Once the leaves are harvested and dried, they can then be used in medicinal supplements or steeped in hot water to make a tea.

You may be familiar with eucalyptus for its ability to soothe sunburns and feed Koala bears. But, this Australian plant can also do wonders for the inside of your body.

Its refreshing aroma has been found to promote good respiratory health. Additionally, it can soothe your throat when it’s raw and sore, help fight congestion, and reduce the need to cough.

Often found in cough drops, the diluted oil can also be added to teas and applied topically to the skin.

For hundreds of years, plantain leaf has been used to soothe coughs and improve respiratory function. Despite the similarity in name, plantain leaves are not the leaves found growing near the banana-like fruit. Rather, it’s green, weed-like plant that grows close to the ground. It’s typically found in balms that are rubbed onto the chest.

Chaparral is a bright yellow flowering plant. It grows in the deserts of southwest North America. High in nordihydroguaiaretic acid (aka NGDA), it’s a powerful antioxidant. It can help detoxify the respiratory system, giving your lungs the ability to heal naturally.

Additionally, chaparral can reduce congestion, coughing, and swelling. This can help the throat and nasal passage heal.

Elecampane has been cited for its use in treating respiratory issues by early Greek, Roman, and Chinese doctors. Generally, it’s the root of the plant which is utilized. It can be consumed in capsules, tinctures, and teas.

Elecampane has two active compounds that can offer natural lung support. The first is inulin, a compound that soothes your bronchial passage. The second is alantolactone, a compound which can reduce redness and has been shown the researchers at Cork Institute of Technology in Ireland to kill harmful organisms.

Lobelia can offer a wide range of health benefits including detoxification, controlling hunger cravings, and relieving respiratory distress. This is partially due to alkaloid, a compound which can thin mucous and break up congestion.

Additionally, lobelia has been shown to stimulate the adrenal glands which causes the body to naturally releases epinephrine – relaxing airways and making it easier to breathe. It can be consumed in a variety of forms, including tablets, teas, and liquid extracts.

The previous nine natural remedies for lung support can offer substantial benefits to your health. Unfortunately, it often takes a substantial amount of time for you to see any noticeable differences. This is because topical and oral medical remedies require your body to process the nutrients.

Even the most highly functioning digestive tracts normally absorb just 20% of the nutrients we consume orally. Vitamin injections deliver the key nutrients your body needs to detox and heal directly into your bloodstream. This means you bypass the digestive tract and give your body a full dose of what it needs, where it needs it.

Talk with your naturopathic doctor about which injections are right for you. Some specially designed cocktails can help repair damaged tissue, support your immune system, and combat stress.

Not sure where to begin? Our naturopathic doctors take a comprehensive approach to medicine to improve your overall wellbeing.

To help those who so bravely helped our community, we’re offering six months of free office visits to anyone directly involved in fighting the Fall 2017 Sonoma County fires.

If you are a firefighter, first responder, members of the sheriff’s department, police officers or helped fight the fire directly, the clinic is available to help you recover from smoke inhalation and stress. Learn more.

(Please note, this does not include necessary labs or other optional recommendations.)